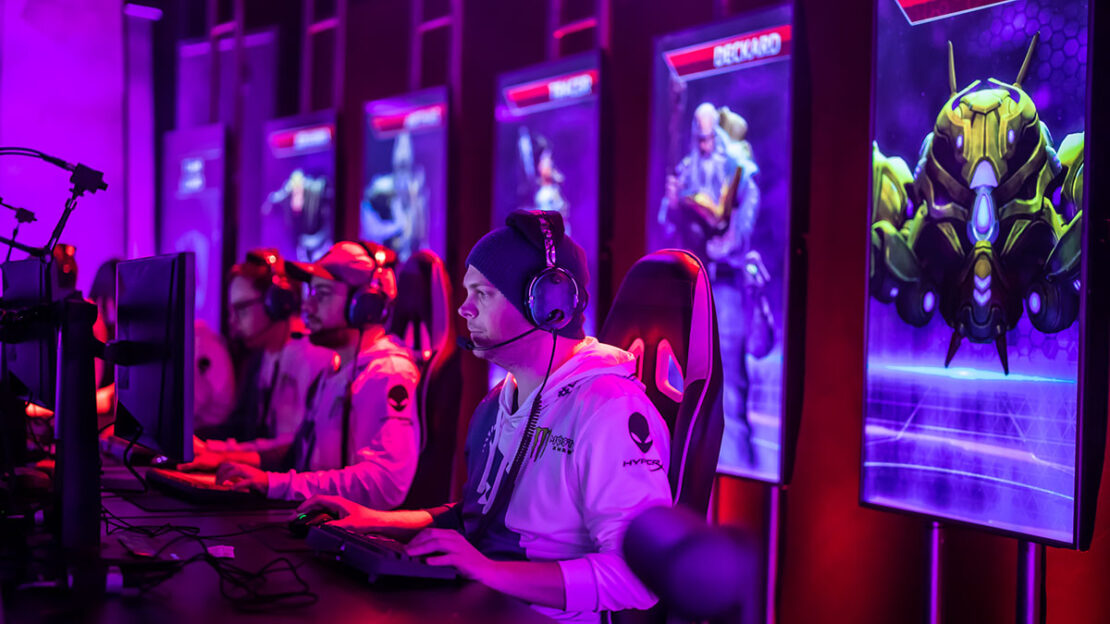 Is eSports a sport? This is one of the most frequently asked questions when it comes to sports. Although this topic has been debated for a long time, it seems that there is no real answer. While some claim that eSports can never be a sport, there are those who say that this statement is not quite true.

When video games became popular, no one could have guessed that they would experience such fame. Over three decades, video games have progressed, computers have become faster, game developers more creative, and consumers have demanded better quality. All this resulted in the fact that in 2022 alone, the revenue from video games reached the figure of $ 179.7 billion, which tells us that this industry is currently one of the strongest and most dominant on the market.

However, despite all that, the question still arises as to whether eSports is a sport or not.

While many argue that eSports should not be considered a real sport, this is far from the truth. Namely, this industry is developing at an incredible speed. One of the most common arguments of those who say that this is not a sport is that in this case, the players do not need any physical skills to compete. But, it should not be forgotten that eSports requires quick reactions, movements, and muscle work to perform a certain action flawlessly. So, eSports has some similarities to traditional sports like football and basketball. This also includes the option of betting on eSports. True, traditional sports such as football even have its fantasy versions enthusiasts can bet on and these can be found here.

See also  Why Logitech G603 And G613 Is Best Wireless Combo For Gaming?

However, the main argument of the critic is precisely that it lacks movement, that is, physical activity. Proponents of the belief that eSports is not a sport say that even as you watch top video game contestants say, League of Legends, struggling to become world champions, you see that they are “just” sitting at a table and playing. They are motionless. They do not run, hit, throw, or kick.

This is one of the main reasons why the International Olympic Committee still does not accept eSports as a possible Olympic event. It seems that the IOC cannot go beyond the following belief – Olympic athletes are respected for their superior physical performance. But do not forget that top video game players also have top performance.

The fact is that eSports competitions are largely a sport, just not in the traditional sense of the word. Although there is no ball and running, the players of video games, like Dota 2, are athletes like any other gold medalists. If there is anything the Olympics have taught us over the years, it is that top achievements come in a variety of forms and that each one is admirable. Esports is no different in this compared to traditional sports.

Why’s the Fact That Esports Are Strategy Games Ignored?

The strategy game is another component of eSports that is often rejected. Team planning, maneuvering, and analysis are required to play almost any video game, especially when it comes to the most popular eSports in the world.

With the skill and determination needed to succeed in eSports, it is hard to deny that this is the right sport. During the COVID-19 pandemic, the market share of competing video games only increased and is expected to continue to grow. This will help it stand side by side with “real sports”. Still, it is hard to come to the recognition that eSports is truly a sport.

Esports participants train as hard as traditional athletes. However, no importance is attached to that either. Professional eSports players are usually members of an organization or team, which implies they live in a playroom or have access to a training facility. The purpose is to connect the team and make it easier to practice together. Professional players with their teams are known in the eSports scene to practice up to 10 hours a day. Competing against other high-level teams, researching prior matches to identify areas for growth, and assessing opponents’ playing styles and plans are all part of the practice process. Just like traditional athletes, professional eSports players have a coach who guides them through all of the above. And just like in traditional sports, here coaches and managers often put incredible pressure on players. The schedule of tournaments and training sessions is often so intense that some players retire after only a few years of competitive play.

Are you still wondering if eSports is a sport? Or maybe your attitude has changed after reading this?

The Future Is in Esports

Esports has made a significant step forward in 2022 and 2022, both in terms of increased engagement and its acceptance as a sport. The coronavirus pandemic briefly resulted in the cessation of traditional sports. During this period, many sports spectators turned to eSports as an alternative.

ESPN shows included League of Legends, NBA 2K, and F1, setting new sports channel ratings. It is important that these broadcasts introduced the playing of video games to a completely new audience. If a certain percentage of new fans continue to follow the contents of sports, the growth of the industry will continue.

Although traditional sports have returned, such as Euro 2022, eSports and streaming of its games continue to break records. Twitch reported a record 1.7 billion hours watched in November 2022, while YouTube Gaming announced that it exceeded an incredible 100 billion hours in the same year. The League of Legends Worlds 2022 also set a new record, achieving an average viewership of 23 million. If we realistically look at all of the above, it is expected that the popularity of eSports and video games will result in an increasing market share.

Whether you think eSports is a real sport or not, there is no denying the fact that this industry is growing fast and will only grow further. For example, it is predicted that the eSports industry will be bigger than football at some point. And while you are waiting for eSports to finally be recognized as a sport, and you are interested in the highest odds, visit the best bookmakers and see what they have to offer from eSports competitions.