Justin Bieber is being the ideal husband that any girl would want. The Canadian singer, who is married to model Hailey Baldwin recently did her makeup.

The Biebers On Watch

During these uncertain times when everyone in the world is advised to stay indoors, Justin Bieber and his wife Hailey have started Facebook series ‘The Biebers On Watch’ to give their fans a sneak peek into their lives. Through the show, the couple let fans into their day-to-day life while they are at their home.

Justin Did Hailey’s Makeup On The Show

On the latest episode of The Biebers On Watch, Justin was seen giving his wife a makeover. He was doing Hailey’s makeup. The singer’s makeup artist skills impressed his wife. With a little guidance from Hailey, Justin was able to follow her natural beauty routine step by step. The Baby singer genuinely wanted to put in his best effort.

Makeup with The Biebers

Hailey let me do her makeup

What Did Justin Say?

At the beginning of the video, Justin had admitted that he had never done anyone’s makeup before. He said, “I want you to actually look good, I’m not trying to make you look like a clown.”

How Did The Makeup Video Proceed?

Then he applied the mascara and then moves on to highlighter after fixing a little mixup. Then lipstick is applied on Hailey’s lips. The singer puts the finishing touch by dusting a little setting powder under Hailey’s eyes.

Hailey is quite impressed by her husband’s makeup skills. 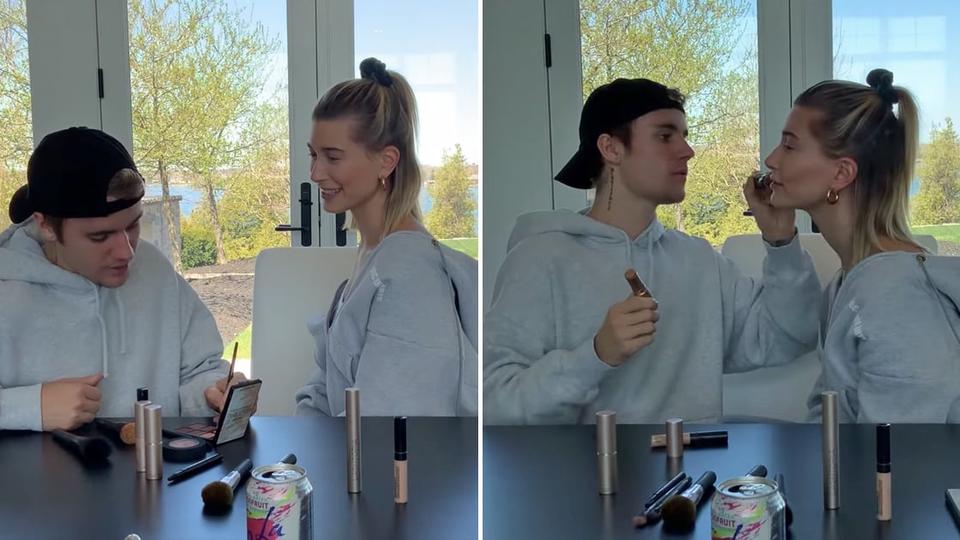