Wonder may be possessed by Disney nowadays, yet you don’t see many Marvel/Disney hybrids. A week ago’s issue of Strange Academy, however, had a ton of fun with the House of Mouse’s history by presenting a frightening form of one of Disney’s dearest characters – the wisecracking blue Genie from Aladdin.

In Strange Academy #2 the understudies formally start their supernatural exercises, educated by probably the most outstanding alchemists in the Marvel universe. Magik shows Inferno 101, Man-Thing covers plant science, Scarlet Witch coaches confusion enchantment and Brother Voodoo shows zombies and charms. Their absolute five stars are with the Ancient One, who’s teaching them on the historical backdrop of otherworldly items and to begin with, he presents them with the Lamp of Kolmycan and requests up a genie.

It is anything but a blue Robin Williams or Will Smith-the the same who comes out of the light, in any case, however a massive, otherworldly being. Rather than putting on a routine for them, the children are entrusted with getting the brutal genie over into his light without enchantment before the finish of the class. 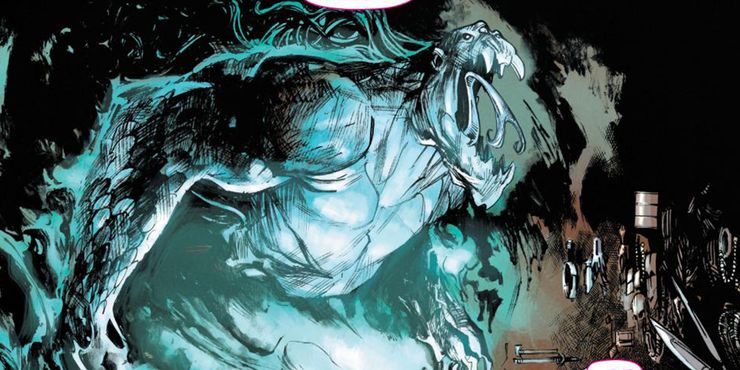 The origin of Genie-

The idea of a blue genie originates from the first story of Aladdin from the Arabian Nights, which likewise includes a green genie, however, almost certainly, Strange Academy’s makers were purposely undermining the well-known picture of genies as neighborly, comedic animals on account of the fame of Disney’s character. It positively fits the darker tone of these comic sequels and the Marvel universe when all is said in done, that the Ancient One’s genie is a barbaric mammoth. You unquestionably wouldn’t need a companion like him.

Comparable disruptions of popular non-Marvel characters have shown up in the funnies previously, obviously, similar to the Simpsons or even Batman. Furthermore, if the above board has sparked your interest in Strange Academy, you can make up for lost time with the first two issues carefully or in quite a while now.