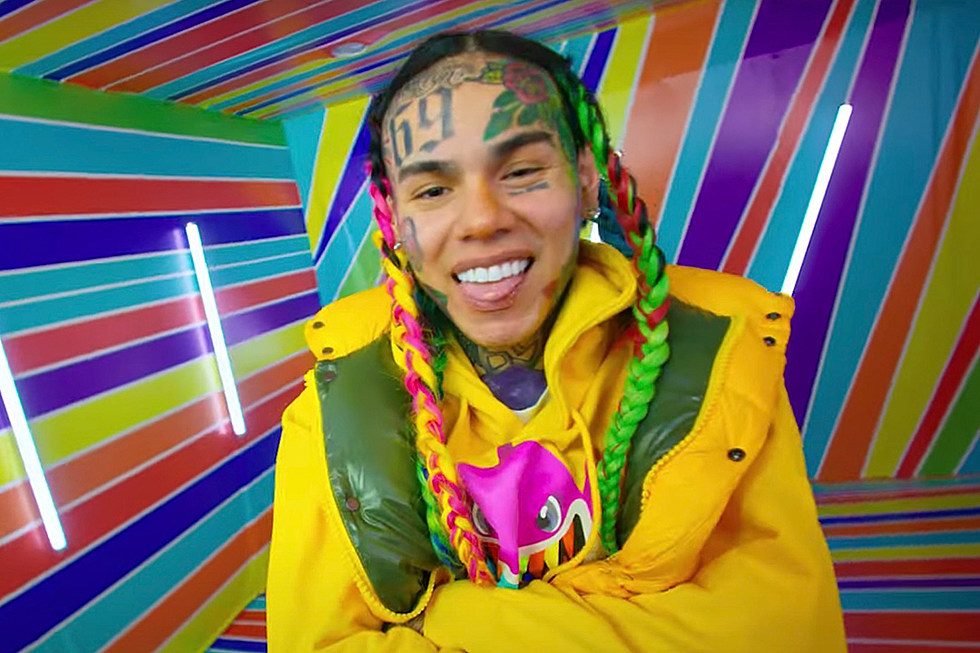 Rapper Tekashi 6ix9ine took social media by storm when he launched his latest song and its video which was created during his home confinement. The young rapper was recently released from jail and is in home confinement.

The rapper’s latest release is the song Gooba. In the music video, the rapper who has multiple tattoos has put up a rainbow-colored performance. He is accompanied by six women and a puppy. His ankle monitor is also visible in the video.

The rapper whose real name is Daniel Hernandez has released a new song almost after two years. The song came out on the occasion of his 24th birthday.

The song has earned 10 million views in just a few hours after it released online. He also broke a record on Instagram Live. He drew 2 million viewers on a single live broadcast on Instagram live.

Tekashi 6ix9ine was jailed for two years in December 2019. He had pleaded guilty for joining Nine Trey Gangsta Bloods gang. He cooperated with the authorities and turned into a witness for the prosecution and his sentence was reduced.

Due to the ongoing pandemic in the world, the rapper was released from jail on April 2. He has been ordered to serve the remaining four months of his sentence at an undisclosed location. The rapper has asthma and the jail authorities were concerned that he would be at risk from the virus in federal prison.

On 29th April the rapper was given permission to work on his music video.

See also  Arrow Season 9: Final Details And Updates For The Makers On The Happening Of The Next Season