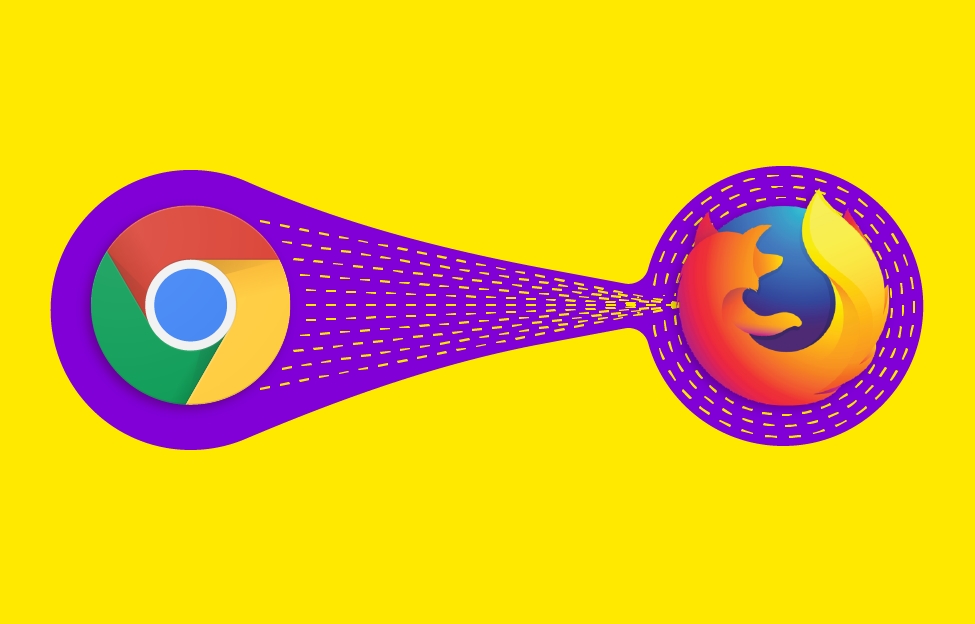 While Google Chrome still has the largest share of the web browser market, that doesn’t necessarily mean it is the best for you. In fact, Chrome may once have been the best and most advanced web browser, but is that true today? It does not have to be. You may be happier to use another web browser.

Mozilla’s Firefox is still Chrome’s biggest rival, and we bring you six reasons why you should consider migrating from Chrome to Firefox. Of course, you can and do not have to agree with these reasons. We leave that part to you, but you will see that Firefox has many advantages over Chrome.

Are you one of those people who constantly have a bunch of tabs open in your web browser? Fortunately, if you are using Firefox, you don’t have to worry about that. Google Chrome takes a large amount of RAM at such ‘behavior’, and this leads to poorer computer performance.

Chrome creates additional processes each time you open a new tab and a new page, and each has its own memory. Firefox, on the other hand, employs 4 processes while you are using it. This means that Chrome, with 20 tabs open, will have 20 internal processes running, and Firefox always a maximum of 4. The aforementioned Chrome processes are there to maximize your web browser performance, but it has a bunch of downsides. As we said, it consumes a bunch of memory as well as the battery if you use it on a laptop.

If your computer crashes while using Chrome because you have little RAM, you don’t have to spend money on upgrading the memory. Just try using Firefox and see how your computer works then.

Mozilla Firefox is an open-source tool. This makes it easier to customize to be compatible with other browsers, and it ‘takes care’ of the open web. Firefox has ‘opened’ its program code to anyone who wants to use it, as long as they respect a certain license. It also gave developers the ability to experiment with code and do what they want for their needs.

Furthermore, Firefox has a public roadmap, i.e. a map with new features that come in the future, and many developers who work on this in their spare time are responsible for it. It is the community that strengthens Firefox and makes it better every day. Not to mention that Firefox doesn’t have any ‘back doors’ and similar mechanisms that can compromise your privacy.

If you want a web browser with which you have more control over your data and what your data is used for, Firefox is a great choice. With each new version, privacy improves, and you can be sure that user privacy is a top priority. For example, if you gamble online at casinos or play games of the best game providers (which are located by the link) there, be sure that Firefox will not allow them to track you when you leave their websites. In addition, Firefox will make sure you have the best possible user experience.

Let’s also mention that Firefox has a built-in “tracker blocker” that blocks scripts that try to track you, as well as crypto miners who would like to use your computer to mine cryptocurrencies. If you invest a little time, you can see what it has to offer in its settings. As far as your online privacy is concerned, you can change and adapt a lot to your needs.

The level of web browser customization is another thing that separates Firefox and Chrome. Every Chrome-based web browser looks almost identical. Even on other platforms and devices. What you can customize on Chrome is the toolbar, and you can hide or show a couple of icons in the address bar.

With Firefox, you can do more than that. In addition to moving things around, you can also add various skins and change the overall look of the browser. You can change colors, add add-ons to help change the look of Firefox, and more. You will have to play around a bit, but you can do many things to customize Firefox for yourself and your needs.

Chrome has a huge collection of extensions, but Firefox has some unique features that are not available to Chrome users. Some of these extensions are so good that once you try them out and realize how useful they are, you will not want to go back to Chrome anymore.

One of the best examples is “Multi-account containers”. It is an extension that allows you to log in to one website with e.g. two different user accounts. For example, if you have multiple Twitter accounts, you can log in with all of them at the same time, in the same web browser. Try to do it on Safari, Chrome, Opera… you will not be able to.

So, Multi-account containers allow each tab to be its own ‘container’, and to be logged in with one user account in one tab and with another user account in another. It is also great for you for the Google accounts you have, for Twitter, and many other sites where you have multiple accounts.

6. Firefox Can Do Almost Anything Chrome Does

At the end of the day, the differences between web browsers are not so huge. The average user probably doesn’t care much about all that, especially if he doesn’t care about resource consumption or privacy. Because, if you look at the usefulness of both browsers, they are very similar. In other words, what you can do in Chrome, you can do in Firefox. And vice versa.

Want to sync tabs, bookmarks, and profiles across multiple devices? Want to develop a website and need a good debugging tool with which you can also explore the elements on the website and see the data in the console? Want a sandbox option to avoid getting malware from a suspicious website? Want to track performance? Chrome can do all this for you, the same as Firefox.

Therefore, at the end of the day, the decision is up to you. But sometimes even the little things can decide.