Two of WWE stars are having a heated discussion. WWE stars Mark Henry and Lio Rush have been engaged in a feud outside the wrestling ring. But this feud does not involve any physical moves. They both are having a feud by words.

The exchange of words between the two has been going on since last week. Both of them have taken their war on Twitter and are publically threatening each other.

Recently Lio Rush reacted to Mark Henry’s statement and tried to intimidate him. He said he will sue WWE Hall of Famer for defaming him in public.

Couldn’t i just do the same for publicly de framing my name on national radio? @TheMarkHenry come on man, your going out sad. You deserve to be remembered for the greatest heel turn ever, not for threatening to sue a 25 yr old in the middle of a pandemic.

Why Did The War Of Words Between The Two Begin?

Mark Henry was recently interviewed on the Busted Open Radio. On the program, Henry accused Lio Rush of lying to Mark’s face when he reached out to Rush when he had problems backstage. Henry also questioned Lio over the way he spent his money.

The World’s Strongest Man Mark Henry then did an Instagram Live where he said Lio Rush did not take heed of Mark’s advice. Henry was advising Rush on how to navigate his way in WWE.

Lio Rush did not take Mark’s comments kindly. He went on to tweet that Mark was lying. He even asked Mark to call Lio on his podcast so that they can have a conversation.

Mark threatened to sue Lio when he accused Henry of harming African-American wrestlers’ WWE careers. He wants Lio to apologize to him. 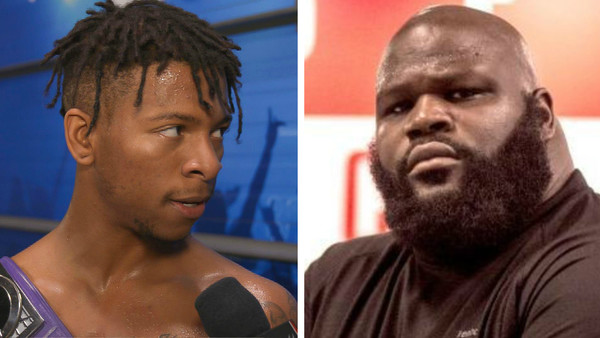