Here is how Jim Hopper died in the third season of Stranger Things on Netflix!

Well, well, well, as all the people who are in love with the series called Stranger Things must be well aware of the fact that the third installment of the show ended on a cliffhanger with the whole audience witnessing the dramatic sacrifice of Jim Hopper.

This event took place when Joyce blew up a machine that was being used by the government of Russia in order to open the gates of Upside Down once again. In the narrative of the series, everyone thought that Jim Hopper, whose character is enacted by actor David Harbour, was dead.

In the teaser video for the fourth season, Jim Hopper proved to be alive!

Although, as you, all might have noticed that there were plenty of habits which were pointing out to the fact that Jim has indeed survived. But all the theories became facts at the point in time a teaser video was released for the fourth outing of Stranger Things that disclosed the fact that Jim Hopper was well and alive but is currently imprisoned in Russia. 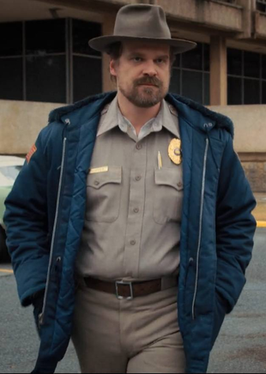 A recent interview was held by Netflix and during that David Harbour was asked by the co-creators of the series about how much he disliked having to hide the tale of his character from the audience.

David Harbour says he hated lying to the fans about his character’s death!

David said that if there was a scale from one to ten to rate this experience, he would point it at an eleven because he hated doing that. He also reminisced his time during last year where the hosts would invite him to their talk shows and ask about his character being dead and he just had to lie and agree with them and all this while, he hated doing that to people.

See also  Love Is Blind Renewed For Season 2 On Netflix