Bob Woodruff and his Mack are going on a vacation together. But this vacation no regular family vacation. The father-son duo is going on a globetrotting adventure.

Bob Woodruff is an ABC News correspondent who has previously covered dangerous conflicts around the world. But he retired from the field after he suffered from a traumatic brain injury in an explosion in Iraq.

What Is The Premise Of Rouge Trip?

Rouge Trip is a six-episode series coming on Disney+. In the series, Bob and his son will travel to six countries. They will be going to Colombia, Lebanon, Pakistan, Ethiopia, Papua New Guinea, and Ukraine. These countries have been in the news for various reasons like political unrest, drug trafficking, and terrorist activities. Bob has previously visited these countries to cover the conflicts happening there. Through the series, Bob and his son will try to show the viewers the other side of these countries. Some of these nations have recently emerged as popular tourist destinations.

More Details About The Series

Bob and Mack will begin their journey from Colombia.

Colombia:
The travelers visit Colombia for its rainforest and savannah. But, Bob and Mack take the unconventional route. The duo will explore the country through rappelling down a waterfall with former rebels, and devour on grubs deep in the Amazon Rainforest.

Papua New Guinea:
The next destination is Papua New Guinea. Woodruff’s travel along the coast of Sepik River. In the forest, they learn to hunt. They meet the tribe of Crocodile Men and learn healing secrets, and explore the mysterious skull caves.

Ethiopia:
In the African country, Bob and Mack learn about old and new traditions. They train with elite marathoners there. The duo also comes face to face with a hyena. 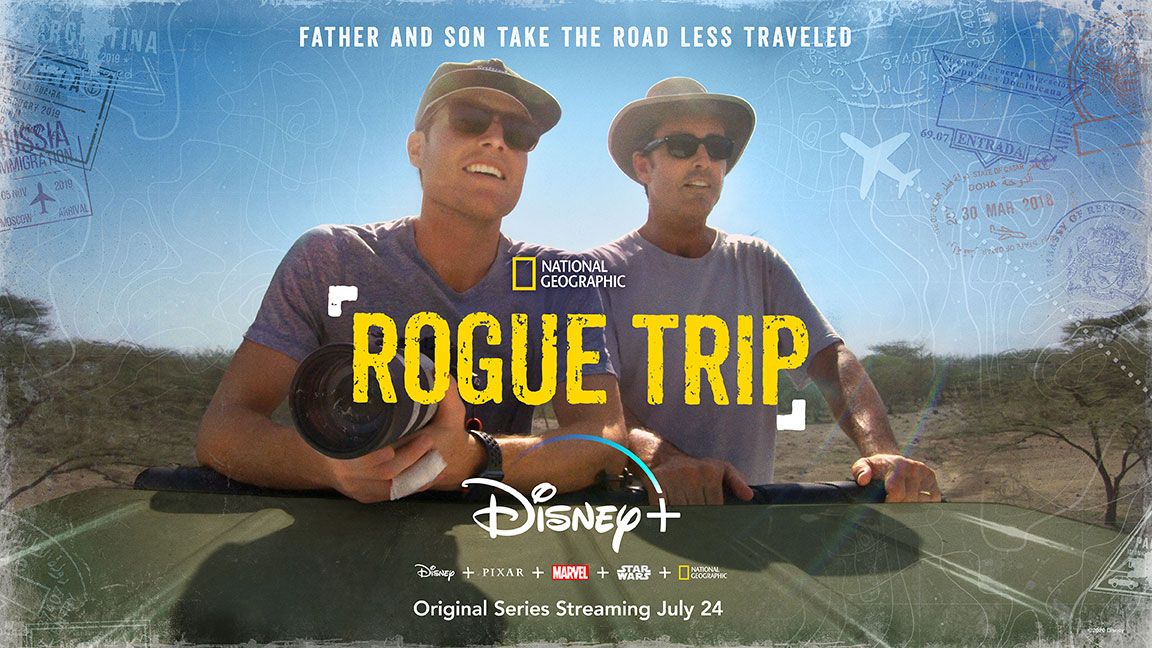 Pakistan:
From Ethiopia, they travel to Pakistan. They start their journey with Malala’s hometown. The duo discovers why Queen Elizabeth referred to Swat Valley as the Switzerland of east.

Ukraine:
In this last destination, the duo is joined by Bob’s daughter Cathryn. They discover Ukraine, which has more than its past connection with the Soviet Union.

Rogue Trip will premiere on Disney+ on 24 July.

See also  No Game No Life Season 2? Do We Have A Release Date?